A collection of our recent articles, white papers, webinars, reports and videos. 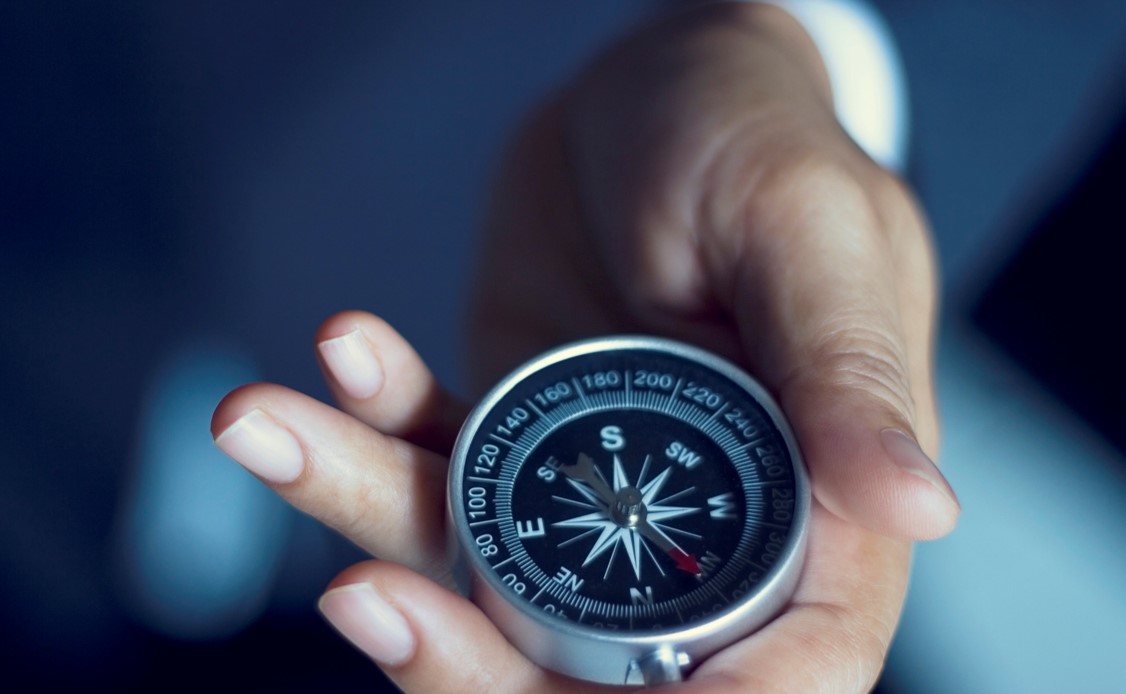 We recently surveyed Payment Service Providers from around the world about how they are dealing with today’s volatile payments landscape.

We particularly focused on the hot topics: instant payments, ISO 20022, and liquidity management, all of which are heavily impacting the payments industry, and asked PSPs to reveal what they saw as the main challenges experienced today, how they are rising to these challenges including insights into global technology investment strategies and cloud adoption trends among others.

The survey took place against a backdrop of rapid digitalization, where advancements in technology, regulatory overhauls, the introduction of new initiatives and schemes – not to mention the wide-reaching impact of the pandemic – are having a tumultuous effect in the payments industry – perhaps the greatest experienced in the last decade.

Navigating these changes successfully no doubt involves rethinking existing approaches, business models and systems as well as intelligently leveraging on the many innovative technologies available including, in many cases, adopting a cloud-based strategy.

Blockchain at the service of road accidents 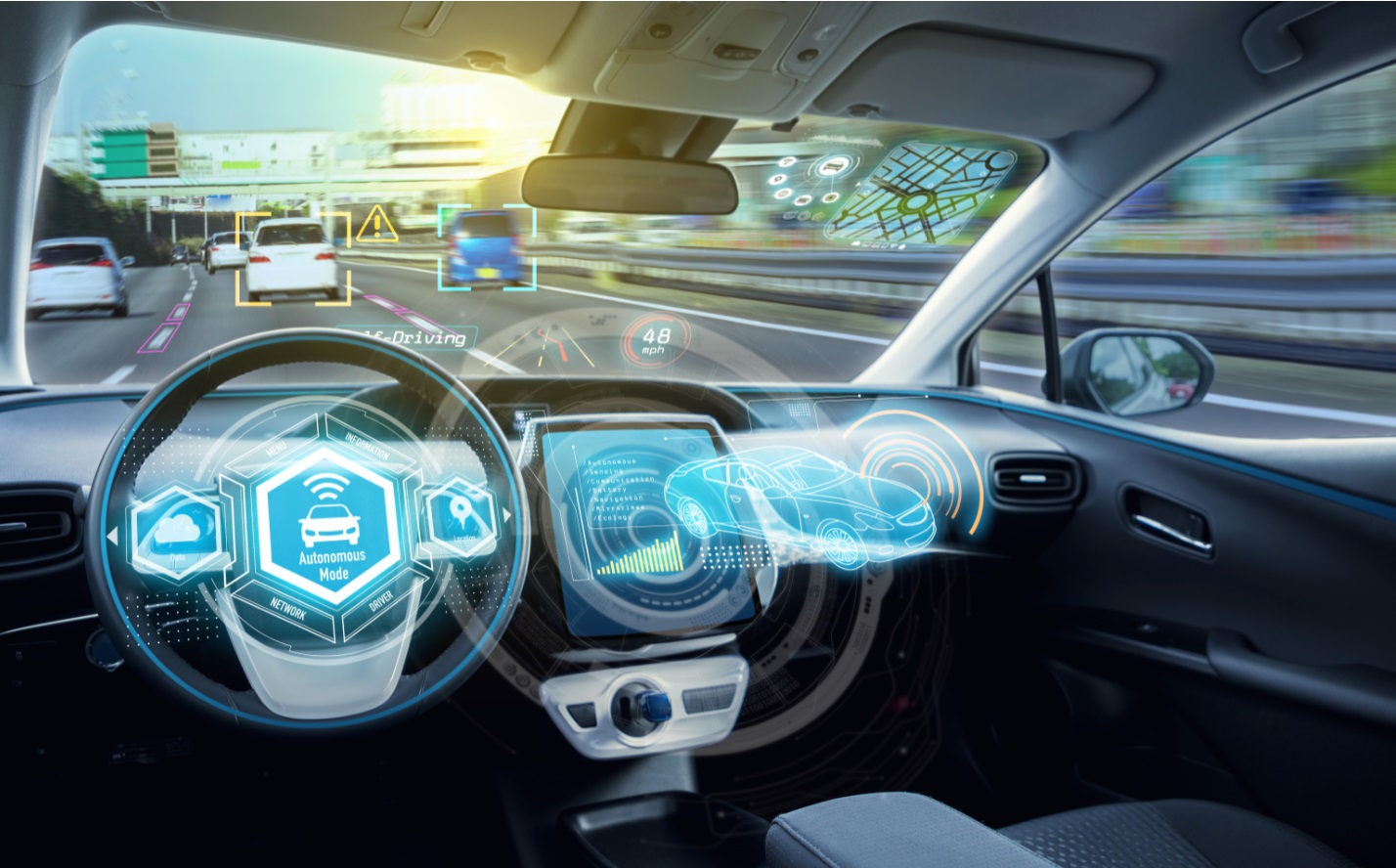 Sophia-Antipolis, France, 9 April 2021 -  In February 2021, Université Côte d'Azur-CNRS Electronics, Antennas and Telecommunications laboratory (LEAT) and TAS Group formed a partnership to test performance and explore prospects for a large-scale deployment of blockchain used to secure and authenticate data for the activation of smart contracts. These new technologies could, for example, revolutionize the way in which claims between connected vehicles are managed in the coming years. A blockchain use case studied at the LEAT laboratory of Université Côte d'Azur, part of the French National Center for Scientific Research (CNRS) Today, in the event of a road accident, the insurer consolidates data resulting from a report filled in by hand by the protagonists. This data may be, intentionally or not, incomplete or even false. In the future, a device installed in the vehicle could send data automatically collected on the vehicle (identity and vital functions of the driver, speed, positioning of the vehicles, etc.) to a blockchain. A Smart Contract could then process this data in a completely decentralized, more objective, fairer and more secure manner. The claims for loss and follow-up provided by the insurance company could be triggered automatically based on this data. This use case is the one selected by LEAT for its Smart IoT for Mobility project led by Prof. Verdier, in partnership with Renault Software Labs and Symag (BNP Paribas subsidiary). Started in 2017, it can now count on TAS Group technology to move on to a larger-scale testing phase. Why TAS Group? Through the partnership, TAS Group provides LEAT with a cloud service platform for containerized applications and brings its expertise in application cloudification to the laboratory. LEAT's exploratory work will thus be brought to the Cloud while adapting and respecting the different types of process. This will allow researchers to benefit from a network test architecture to study the behaviour of models developed in their laboratory and very realistically simulate the deployment of their applications. The containerization of the blockchain will allow the use of micro-services to facilitate the deployment and orchestration of the architecture. The solution will also allow the adoption of agile methods based on "DevOps" principles. What is blockchain? A blockchain is like a database in which the information entered is neither editable nor deleted, and is publicly readable and cryptographically secure. Blockchain is based on the principle of collective trust. By entrusting the validation of a transaction to a multiplicity of computers rather than to a human, a fallible trusted third party, the risk of error, fraud or corruption is eliminated. What are Smart Contracts? Smart Contracts are the natural evolution of blockchain. These "smart contracts" are computer programs stored in a blockchain, designed to automatically execute a set of predefined instructions, based on data from the blockchain. They are automatically executed and self-enforcing contracts. They are governed, without possible dispute, by the explicit terms and conditions set out therein, without one or more people, often qualified as trusted third parties, having to intervene to establish their authenticity and trigger the execution. In the case of vehicle insurance contracts, this new generation of contracts could replace traditional contracts in the future. 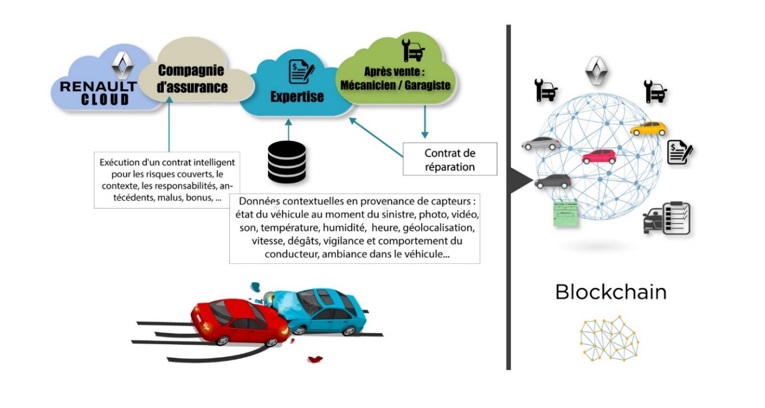 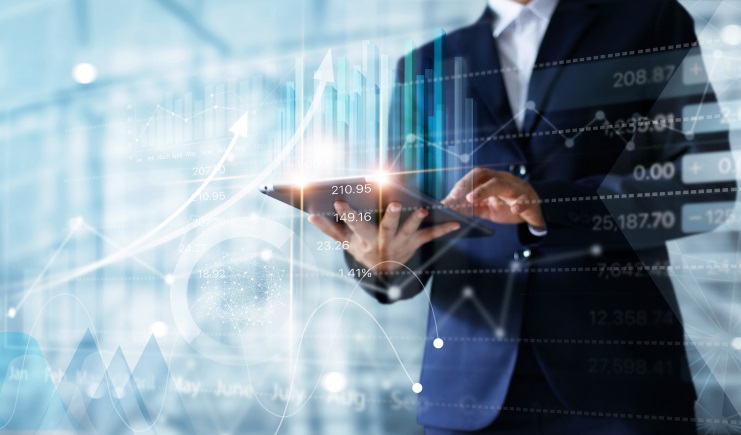 Today the Board of Directors of TAS approved the 2020 consolidated financial statements of the Group. All economic and financial indicators on the rise : total revenues and core revenues respectively at 61.7 million euros and 60.9 million euros. Consolidated net profit up to 8.8 million euros compared to 5.9 million in the previous year. Dario Pardi, chairman of TAS Group, expressed satisfaction and pride for the excellent results achieved in a particularly demanding and challenging year, in which TAS courageously invested in an increase in human resources, demonstrating the Group's consolidated financial capacity. The three main lines of development in 2020 were: the consolidation of strategic collaborations, the inorganic growth with the acquisition of Infraxis AG , a leading player in the world of digital payments in the Swiss and German markets and the important investments in the Group’s platforms and services. Talking about investments, CEO Valentino Bravi underlined the important share of more than 10% of revenues destined in 2020 for the innovation of solutions, which made it possible to progress in the development of the Global Payments Platform offered both on-premise or in PaaS (Platform as a Service) mode, in the completion of the  Aquarius platform for the ESMIG project for the new Target services of the European Central Bank, and in the strengthening of the PaaS delivery model related to the payment and e-money product suites. Read the full press release in the Investor section.
Read more
News
card & digital payments
payment networks 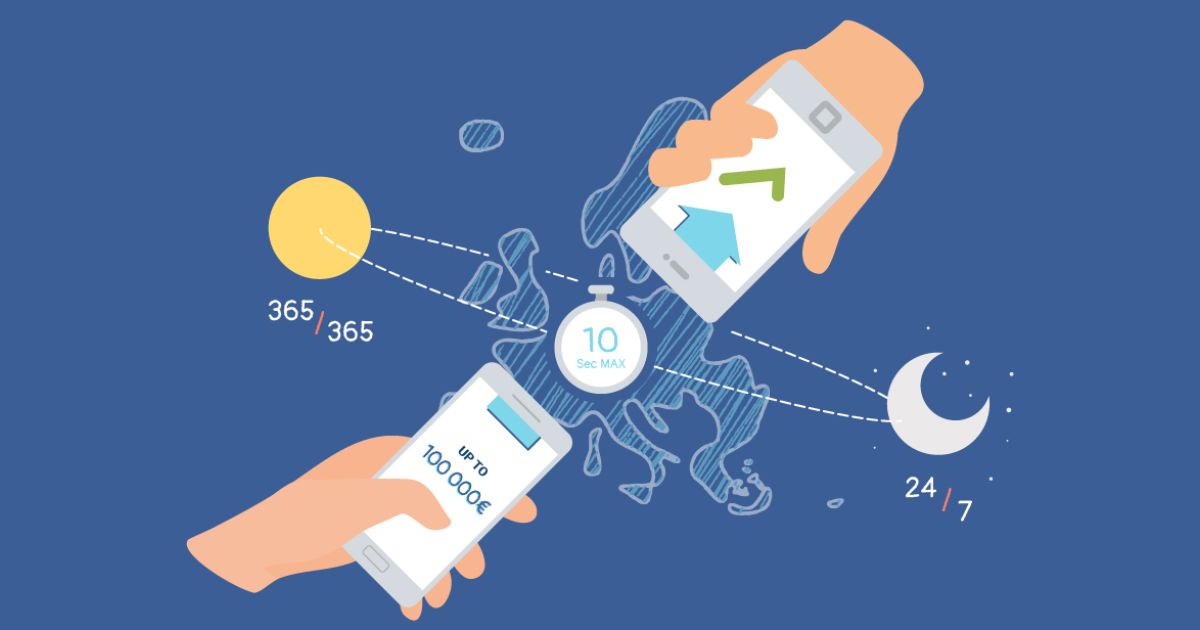 Time is running out. All banks today offering instant payments (SCT INST) and reachable in TARGET2, must become reachable in TIPS before the end of the year. The ECB has defined three options for European Instant Payment interoperability and whichever model Banks choose, TAS is able to accelerate and ease the process and boost compliance efficiency. Further highlighting a commitment to the goal of increased interoperability, reachability and take up of Instant Payments in Europe, the European Commission has launched an assessment on the need for an EU-wide instant payments scheme. The initiative will investigate whether: new legislation is needed, non-legislative measures would be appropriate, or other policy options are suitable. The deadline for submitting feedback is midnight (CET) on 7 April 2021. Click here to have your say. Find out which option is best for you to be reachable in TIPS and contact us for a free consultancy.
Read more
News
card & digital payments 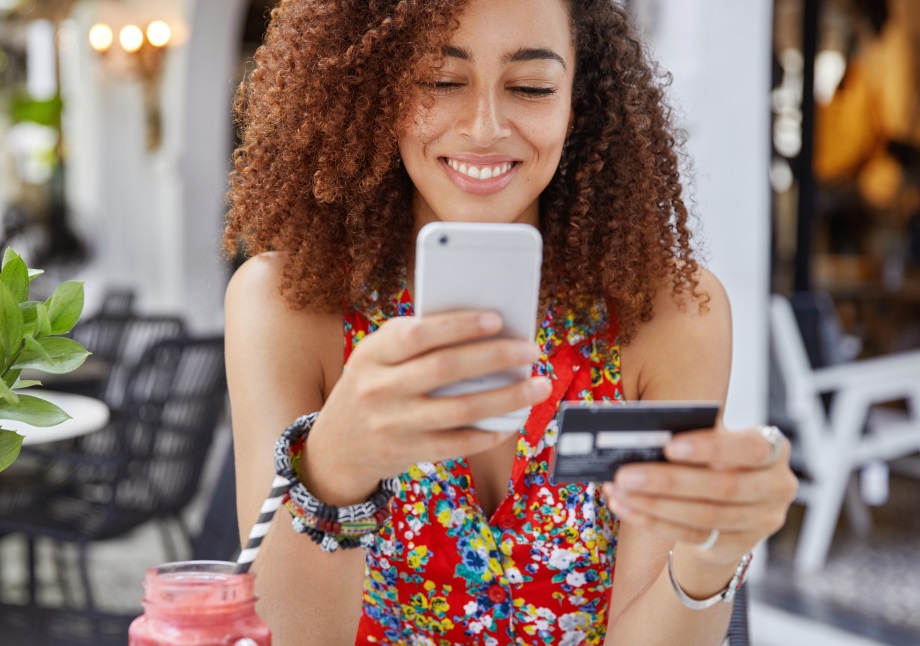 Cascade, the US-based issuer processor, has announced the imminent launch of THAT™ Visa® Prepaid Card. THAT will be the first card program to leverage Cascade Processing, based on the company’s state-of-the-art issuing platform – PayStorm – built upon TAS Group’s advanced, API-first issuing processor technology, delivered in cloud.

As an Issuer Processor that provides Program Management services, Cascade can quickly plan, test, and launch expanded offerings for its fintech customers to meet their business and cardholder needs. Spencer Schmerling, CEO of Cascade said: “I’m thrilled to be taking this next step in delivering comprehensive, modern card services to fintechs who are looking for agility, speed and innovation in their card issuing and processing. We have enjoyed working with TAS and are excited to launch our first program on their world-class platform.” Peter Caiazzi, SVP Product Development, TAS International added: “We’re confident that PayStorm can provide precisely the advanced functionality, flexibility and scale that Cascade needs to play an ever greater role in the card management and processing space and provide the next-gen card and digital payment services that its customers are looking for. We’re certain that THAT card will be positively received and wish them much success.” The THAT Prepaid Visa Card is issued by First National Bank, Member FDIC, pursuant to a license from Visa U.S.A. Inc. This card can be used everywhere Visa debit cards are accepted. Card program administration by Cascade Financial Technology Corp.
Read more
News
Press Release
TAS

Hosting: TAS Group enters into a partnership with Symag for the provision of cloud payment services 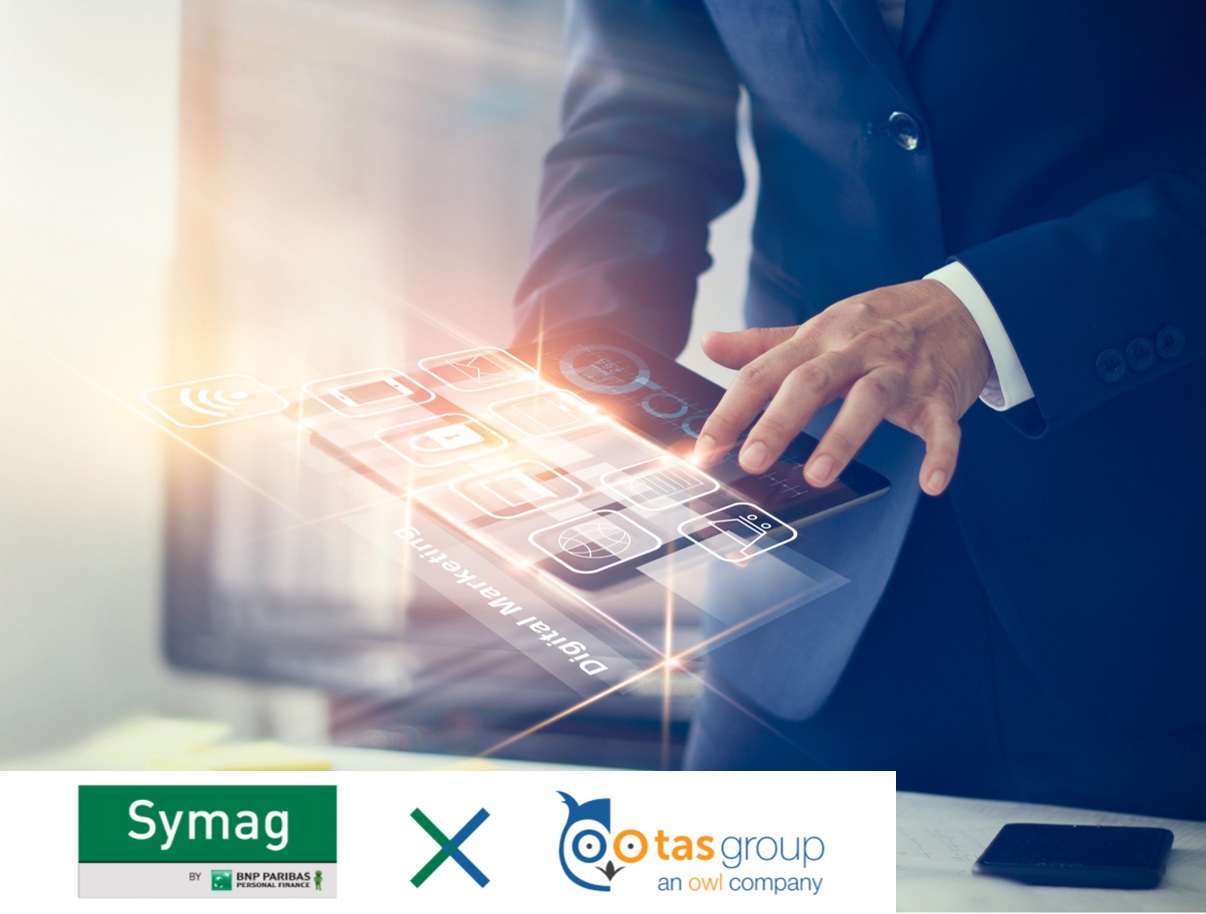 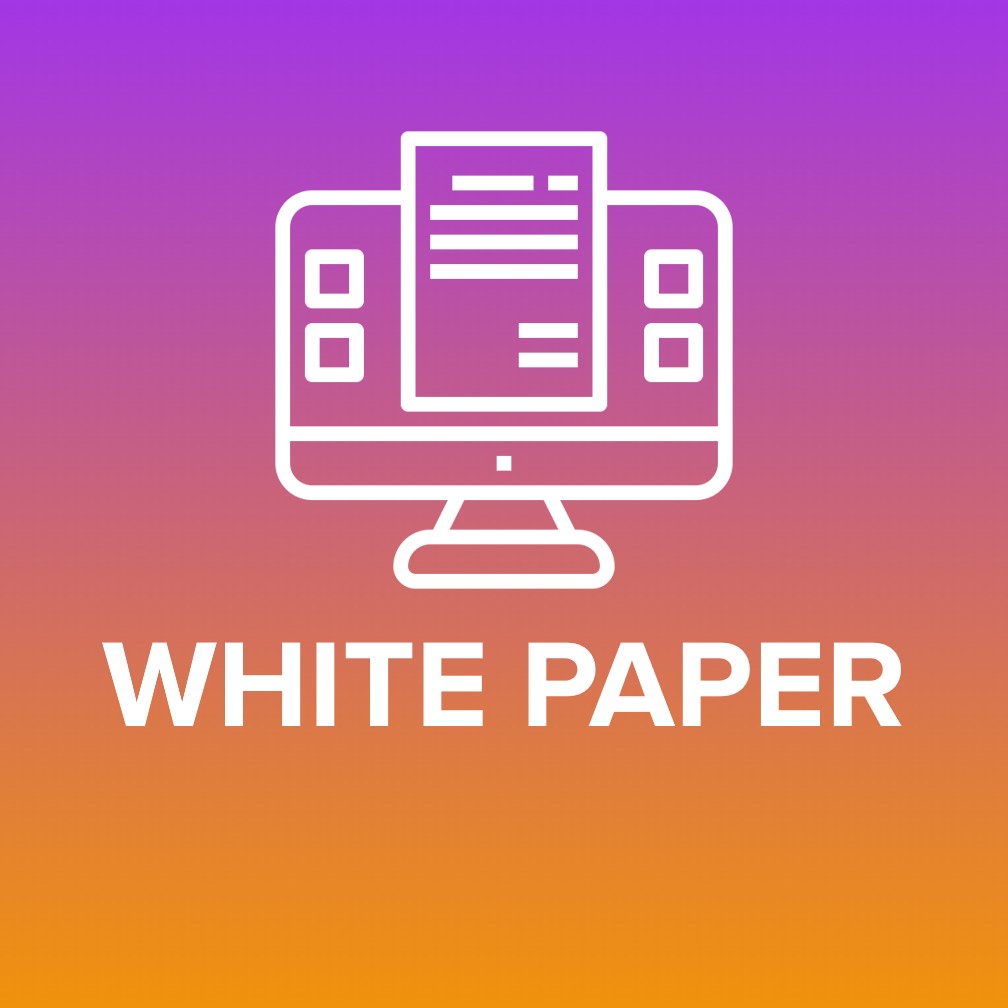 As online fraud continues to grow a pace, a trend that has been accelerated by the pandemic, effective, smart, frictionless customer authentication is now vital.

- optimizes the buying experience, increases sales and reduces fraud
- offers a smart way to support SCA and SCA exemptions
- has evolved and the key differences between 3DS 2.1 v 2.2
- enables you to turn compliance into a better customer experience. 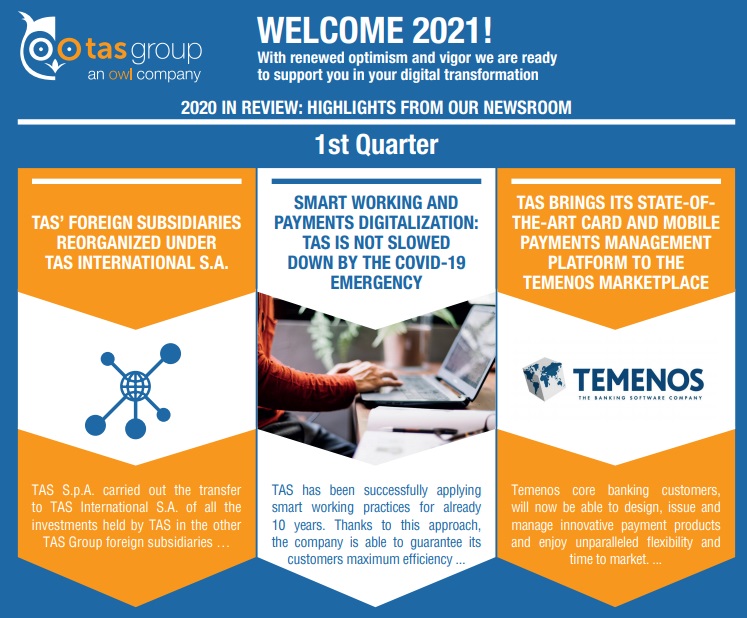 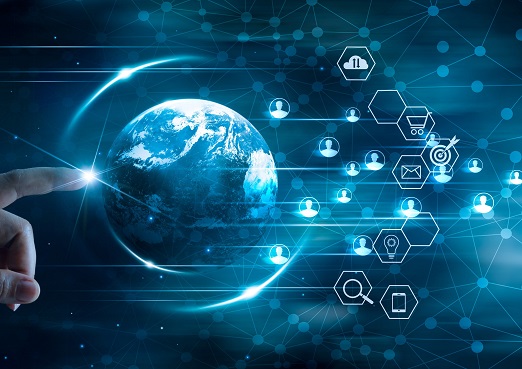 Milan, Italy – 21 December 2020 – TAS Group, a leading provider of digital payments, liquidity management and financial messaging software solutions, today announced that it has received global acceptance by the Society for Worldwide Interbank Financial Telecommunications (SWIFT) to support SWIFT’s Cross-Border Payments and Reporting Plus (CBPR+) message specifications, joining the exclusive ranks of certified providers around the world. TAS Network Gateway platform, recently enhanced for the 2020 November change, and Aquarius – TAS leading Liquidity Management solution, are both now ready to support the new ISO 20022 standard, in addition to the legacy SWIFT-MT financial messages, to send and receive cross-border payments and to manage reporting. “TAS’ commitment to bridge compliance complexities for banks in the payments space is stronger than ever,” said Gianpiero Caretti, Senior Business Development Manager at TAS International. “Our financial messaging solutions sit at the heart of the Eurosystem’s payments and securities settlement infrastructures, and are continuously evolved to support changing and emerging standards as well as market infrastructure protocols.” “TAS helps banks to decouple their applications from the network technicalities and simplifies legacy modernization, enabling them to be more competitive. Our 30+ years of collaboration with SWIFT and vast experience in ISO 20022 compliance worldwide can ease the adoption path for any type of PSP worldwide,” he added. TAS Network Gateway, as well as the certified SWIFT Service Bureau operated by TAS, are built on state-of-the-art, enterprise-class, highly secure technologies, coupled with a powerful set of APIs and ISO 20022-ready adapters, all delivered either on-premise or in the cloud. SWIFT CBPR+ Ready: check out the official vendor list Download the press release
Read more
1 … 5 6 7 8 9 … 11